WANT to find a winning SAILBOAT? Try this one 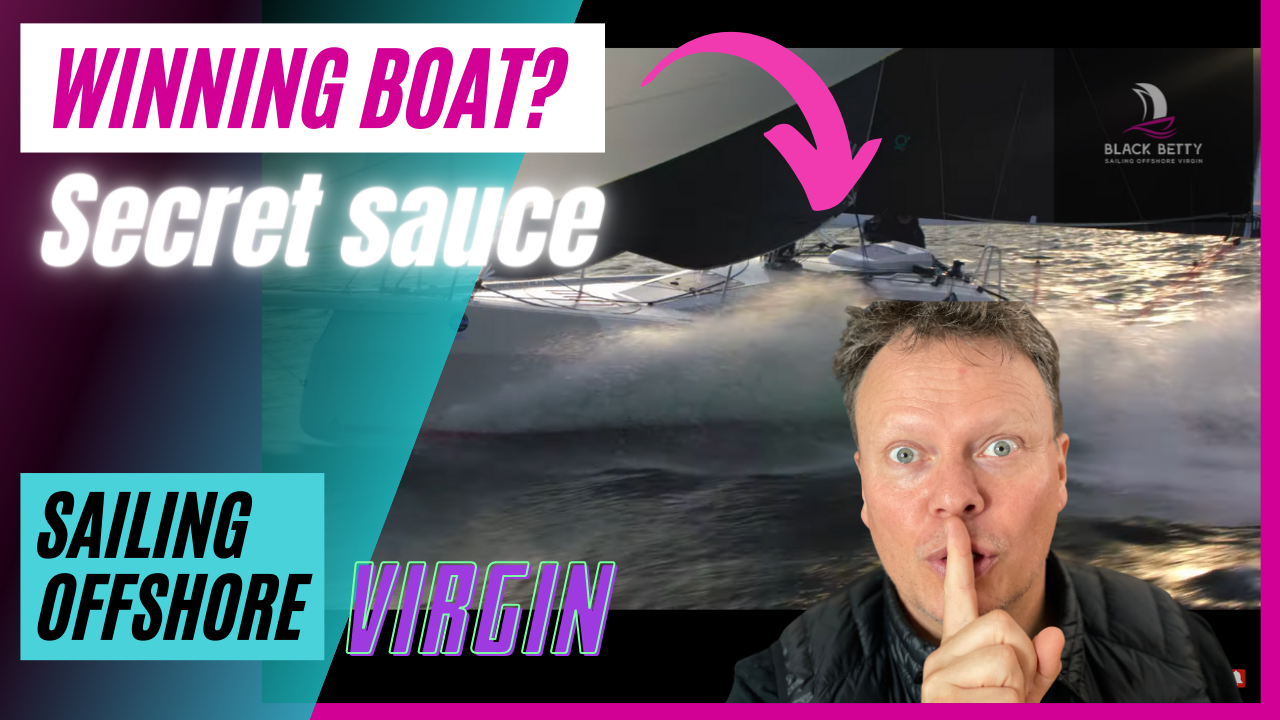 Categories:Black Betty
by Ian Griffiths |
on 7 months ago

Imagine this, you’re trying to find your mate and this lot. Well, finding your perfect boat can be pretty much the same. Well, that’s what it can feel like. But help is at hand.

These days, instead of us going on those big holidays, we’re opting for the staycation, right? Ways that we can find to enjoy the outdoors. But without the travel logically. And what better reason than to look at a sailboat and fall back in love with the ocean again?

Maybe you’re feeling lucky, and you just dive in at the first boat that comes your way. That’s fine. But suppose you’re feeling like I was. Like one of those penguins searching for their soulmate; and not knowing what actually constitutes a good boat from a lemon.

Then in this episode, I’ll walk you through the process that I took. From my criteria. The choices that were available at the time, which was mid pandemic, by the way. And three, the data that kind of informed the final choice and the final choice are really excited about, and I’ll share that with you. So stick around is going to be a big reveal later.

So the first thing we have to look at is Fastnet. The entire purpose of this project is to compete and not come last at 2023 Fastnet. So we want something that obviously complies with RORC, which is the royal ocean racing club.

I’ll probably do another piece on the IRC at some later date. But they are the governing body that calibrates they determine the handicap of the entrance. So what they try to do is to make a level playing field. And we’ll go through that in a bit in a bit more detail later.

So what are the criteria for RORC. That was a prime thing. So there is a minimum length. The minimum length is 30 feet. So the second criteria is to be able to double hand it – what does that mean? It means that there are two people on board. Effectively in a race situation means that you’re single-handed for a long time because the person that’s off-watch is obviously getting some kip and some

food, recharging the batteries plotting strategy and all the rest of it. Whilst the other one up on board is doing all the sailing thing.

So it needs to be something that can be easily manageable by one person.

Three. It’s a race, and I don’t want to be at the back of the pack. Simple as!

Finish. Yes. Not be at the back. Definitely. So that was the third criteria.

Finally, the last criteria is that I’ve got two very special people that need to be comfortable on board. One is my first mate, Teddy. And I’ll introduce him to you in a minute. The other is my wife. Yes, there will be an episode on how I got my wife on board on this one. Because there’s somebody that is petrified of water. Gets seasick just looking at it. And one of my goals is to break that they’re going to enjoy and fall back in love with the ocean again like I did. So that’s one of the permissions as well. So there you go!

So, the list of beauties I was looking at, included the pogo 40, The infamous Sunfast 3300, The very capable J 99. The very innovative Farr X2. The winning formula of the JPK and the new kid on the block the Dehler 30.

Knowing my budget wasn’t massive, the Farr x is made in the southern hemisphere. My shortlist was whittled down to three. No one can rule out Sunfast 3300. Its performance figures have stood up recently as being outstanding. The second is the J-99, which is another newcomer but with a massive pedigree behind it and when I took her out on the sea trial – boy can she point. And finally, the new design of Dehler 30 one design which has got some really innovative ideas to squeeze out some extra performance. But more about these later,

Here was my shortlist. Which one was going to become the Black Betty to do Fastnet with for this? I knew I was going to need some help. And what better place than from Fastnet itself enter stage left column, my good old Ozzie crewmate from clipper 2019 to 2020. And also a self-confessed data nut, and he’s already done the analysis for us.

I was going to show you the analysis and go in a deep dive into it. But hey, you know, not everybody’s fired up by data like I am. So if you are interested, let me know in the comments below, and I’ll share what I can.

This is probably a good point in time to say, if you find this interesting value, tickle the like button.

Otherwise, let’s sum up. Collins analysis tells us, which for me just endorsed what I was looking at, that the range of 32 to 33 foot boats are where it’s at.

So the big reveal, it is under no more suspense, it is going to be the Dehler 30 One Design.

Class, if you’re interested in actually seeing the performance data,

a bit heavier than most. So yeah, super stoked. Anyway, so this is what’s going to take us through Fastnet 2023. I’ll also put a link to the Dehler video so you can have a look at that in more detail here. Check out the retractable prop. The ballast. Carbon fibre mast as standard. The thing only weighs 2800 odd kilos. It’s just an absolute whippet. So really looking forward to it. Yeah, let’s hope this works out. If you want to see where all started, then check this video out. But for now, let’s get in to it.