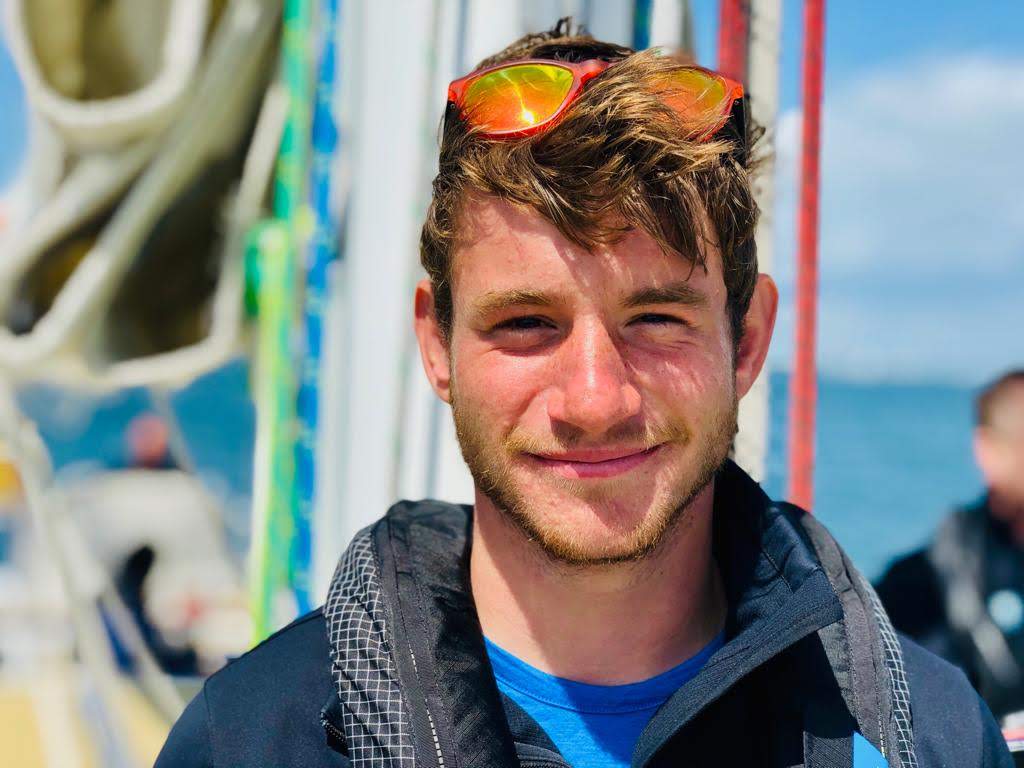 Categories:EuropeTraining
by Ian Griffiths |
on June 12, 2019

On the first day of June. A few of us offshore racing virgins converged early at Clipper Race HQ in Gosport in nervous anticipation of the week ahead. Bags packed in the vans. We had no real idea who our fellow crewmates were going to be for this final week’s training.

However, after a cold drink in the local pub. All nerves vanished with the warmest welcome from fellow offshore virgins ‘Harry’, ‘Kaz’ and a number of other guys from previous encounters during training. The apprehension was tangible! But we need not have worried…

The first couple of days at sea were spent in the Solent in bright sunny skies practising drills (transfers, tows, MoB, etc). Sunscreen was the order of the day to avoid being burnt to a shrimp-like crisp. However, this was not to last.

Two 24-hour simulated offshore races to the coast of France were scheduled. Each with full Le Mans starting orders for 8 of the Clipper fleet. Shortly into the first 24-hours; the French coastguard radio’d in the first of the weather warnings… this was going to prove ‘interesting’!

Que ‘Harry’s’ Tai Chi warm-up session to get us all loosened up and ready for action!

Who says you can’t have fun in a race, right?

So, game on! We didn’t have the best of starts yet we buckled up and started our routines and set a course into the stormy weather front a couple of hundred nautical miles ahead.

So, after 48-hours offshore racing. Our boat clawed back to 3rd place heading into the final leg in the pitch darkness of the Solent once again. We were nip and tuck with the 2nd placed boat, CV31. We were 30s behind across the line… wow! What a rush!

For all CV23 crew (our boat). This proved to be a valuable lesson in offshore racing. Our start was not perfect, yet, we succeeded in the simulation by winning a podium. Well done Team Mark!

A massive thank you to my sponsor – wedoyour.group who love helping Bristol business with their IT and marketing.